Last October, together with four Rotarians from Scotland, Wales and England I visited Western Zambia to view the work by Village Water (VW), the Shrewsbury based charity, an orphanage and some urban schools in the area. 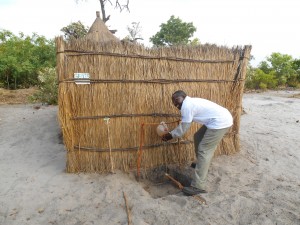 This was my second visit to area the first being in 2010.We were excellently looked after by Richard Pither from the Rotary club of Diss in East Anglia. The stay at the Orphanage requires an article in its own right, and will be featured later.

The first thing that became obvious (after a couple of hours!) was that VW are now having to travel further and further from the three home bases they work at to find suitable villages that still require their help. However as the country is so large there are still many more to be helped.

Secondly there was a marked contrast between those villages that had received a new water source and those that had not. It was good to see that many villages either to small to qualify for help or those still awaiting help had in many cases, already improved their hygiene by building latrines, bathing huts, rubbish pits, plate stands, and using ‘tipi’ taps.

But, probably due to the benefits of improved health, more time, and better access to clean water those villages where the work had been completed a number of years were benefiting from increased wealth by replacing dwellings with larger masonry built homes (rather than the wattle and daub huts) improvements in agriculture and larger numbers of livestock.

It was good to see the hygiene standards had not deteriorated after WV installation of the water pumps even in the villages where the pumps had been installed several years ago.

At the rural schools we visited we were always greeted vocally by the children, several schools were performing the plays they had been shown during the ‘lessons for life’ programme depicting the dire consequences of drinking contaminated water and the perils of open defaecation (thankfully not literally depicted!) 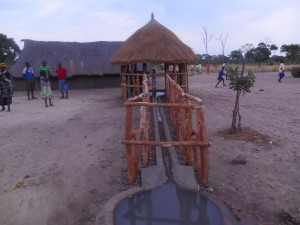 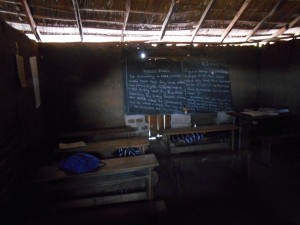 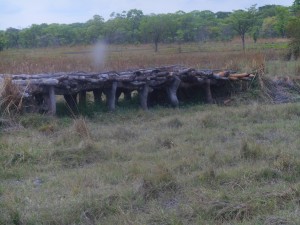 The hygiene facilities at the both the schools and the villages were very clean and tidy, considering there basic nature. Whilst there we visited Mongu basic school, an urban school not covered by VW remit. Despite the fact they had water closets, but no running water, sanitation standards were of the lowest order.

The school was very dilapidated, had not had any maintenance for years and was very overcrowded. (2 shifts… 1500 children… 9 classrooms… average 83 children per class). This school desperately needs refurbishment. I would hope to make this school the beneficiary of some sort of grant over the next few months.

Village Water can be proud of their achievements in the rural villages, and whilst change and improvements to the quality of life are taking place the standard remains very low. Transport links to the villages via existing roads and ‘bridges’ are very poor and require major upgrading.

This area is the size of Wales and the only hard surfaced roads are the one going to the capital, Lusaka, and one following the course of the Zambezi down to Livingstone,three hours drive away. All the rest are dirt tracks at best!!

This is a great deterrent for children in rural areas where in some places I understand over 50% of the children do not attend secondary schools.It is fairly obvious that whilst the work we undertake does help to make life better for the people, there are so many infrastructure improvements required it will take decades for major improvements to take place .Should you want to learn more I would be delighted to visit your club to do a presentation.

Information regarding Village Water can also be obtained direct from www.villagewater.org